The art of shipping

Watts Gallery is a beautiful and historically important Arts & Crafts gallery set in the Surrey countryside, south of London. We were delighted to be appointed to work on the Christina Rossetti: Vision & Verse exhibition there, installing a range of pieces either relating to or by the renowned London-born Victorian poet who greatly influenced the Pre-Raphaelite movement of the mid 19th century.

After a competitive tender process, we were chosen to undertake the full transportation and installation of the exhibition, involving loan items from all over the UK. Given our regular operations UK-wide, we were able to offer a ‘part load’ service where we could collect works, including paintings, photographs and drawings, from lenders while carrying out other operations, decreasing the overall cost of transporting objects. We packed, transported, stored, then installed over 30 pieces, some collated in our state-of-the-art fine art facilities in London and others transported directly from their lender on installation day.

Four art technicians from our London facility – Boris, Marc, John and Michael – were responsible for installing the entirety of the exhibition at Watts Gallery in a single day. As they had visited the rural gallery recently, they were aware of any challenges that may have arisen for access.

One of the exhibition’s highlights was the altarpiece painted by Edward Burne-Jones that was lent by All Saints Margaret Street church, London. A two metre-long and one-metre-high work from the Pre-Raphaelite painter, it was also one of the most complex items to transport and install. As with any organic matter, the altarpiece had to be kept at a particular humidity and temperature, so we utilised one of our environmentally-controlled vehicles to transport the object. Importantly, all of our fine art transports meet UK Government Indemnity Scheme standards meaning that all museums can trust us to transport objects for them.

The Watts Gallery curators intended the Burne-Jones altarpiece to be installed at the same height at which it is usually displayed in the church, two metres from the ground. Having ensured beforehand that the right equipment would be on-site, our art technicians used ladders and a teletower to raise the altarpiece and hang it securely.

From the largest object of the installation, to some of the smallest pieces, we installed a number of manuscript sheets and books that contained Christina Rossetti’s poems. These smaller items presented their own challenges, and we liaised closely with specialists to ensure that these items were transported safely and securely to their destination at Watts Gallery.

Following a successful installation, we moved the packing crates to the museum’s art store for later use in de-installing the exhibition. A successful full-service operation for a gallery exhibition. 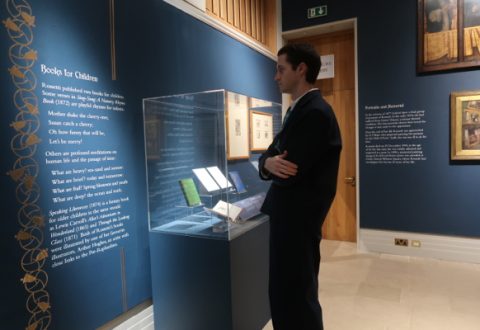 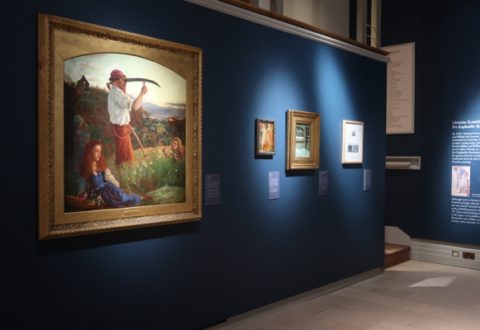 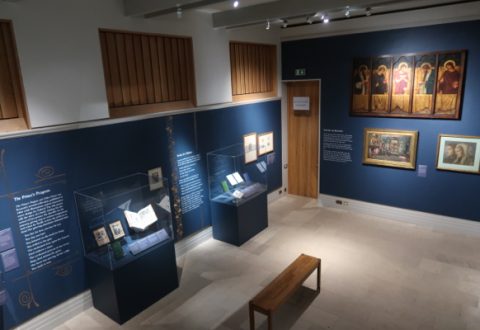 < Previous Back to news page Next >

For news on global art logistics and to keep up to date with Gander & White, please sign up to our newsletter here.